Turns out that we wouldn’t have had a choice about taking it lightly today, as Charlie’s been under the weather, sadly.

The plan was to try IHOP for breakfast, then fire over to the Mall again, for a quick shop, before heading back to chill out and then watch the game.

As it turned out, the weather this morning was much better than forecast, so we should have really switched the day around, but hey-ho.

We “International House Of Pancaked” breakfast as planned. Mine was alright, Jane’s very good apparently (scrambled egg, cheese, avocado, salsa), and Charlie ordered from the lunch menu – a BLT with fries. Which was only nibbled at before he ‘fessed up he had been feeling sick since we left the apartment. Doubt it could be anything to do with the Haribo Sours he was eating when I asked him to get up out of bed. 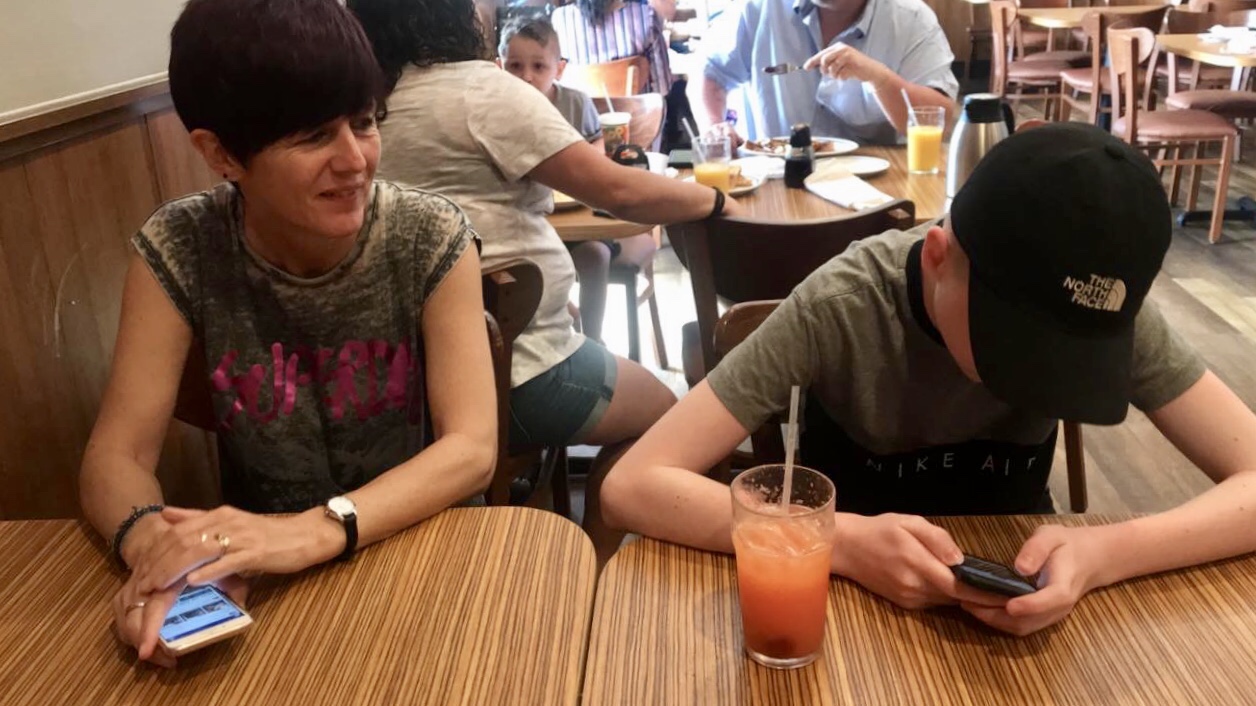 What I didn’t like at IHOP was that when given the bill of $39, and giving a $50 bill, we got $3.50ish change as the waitress “automatically” took her 20% tip. Which I would have probably left until she took it without asking!

From there, I dropped Charlie & Jane back at the apartment before nipping back to the outlet mall to buy a pair of trainers and a couple of extra tee-shirts (- I’d not packed very well!).

After 25 minutes of car-parking wars, where you stealth-drive around watching for returning shoppers, trying to guess where their car is parked so you can grab the space, before marking your territory with aggressive application of the indicators.

A “man shop” meant I was back at the car in less time than it had taken me to park.

From there, a run around Target for a few bits and pieces, and then off to the local sports bar to watch City, and have some time to myself.

Jane has a nice relaxing time around the pool, with her Kindle, right up to the sudden deluge, which was about the same time I ran across the Miller Ale House carpark.

City got a questionable VAR penalty which we subsequently missed and then all hell broke loose.

Not in the game, in the bar! Mr F & clan arrived just as the other screens started showing Castlefield v Wigan in the Super League (Rugby League). I’m proud to say I was born in Wigan and raised as a Mancunian, whereas Mr F, dallies around and chooses his teams at will, Leeds for football, Cas for rugby. [I’ve only put this in to wind him up].

Game over (a 1-0 loss for City, away at Spurs in a two-leg quarter final, so not the end of the world by any means).

I bid farewell ‘Peter Kay-style’, with a subtle V sign as if scratching my face, and then went back to the apartment.

A quick turnaround and then out for a deliberately-delayed Mother’s Day treat meal for Jane, at Bonefish Grill.

We’ve eaten there a couple of times and had really nice food, and this time was no different. Jane ordered her usual of double lobster tails with clarified butter, and was suitably replete in finishing. 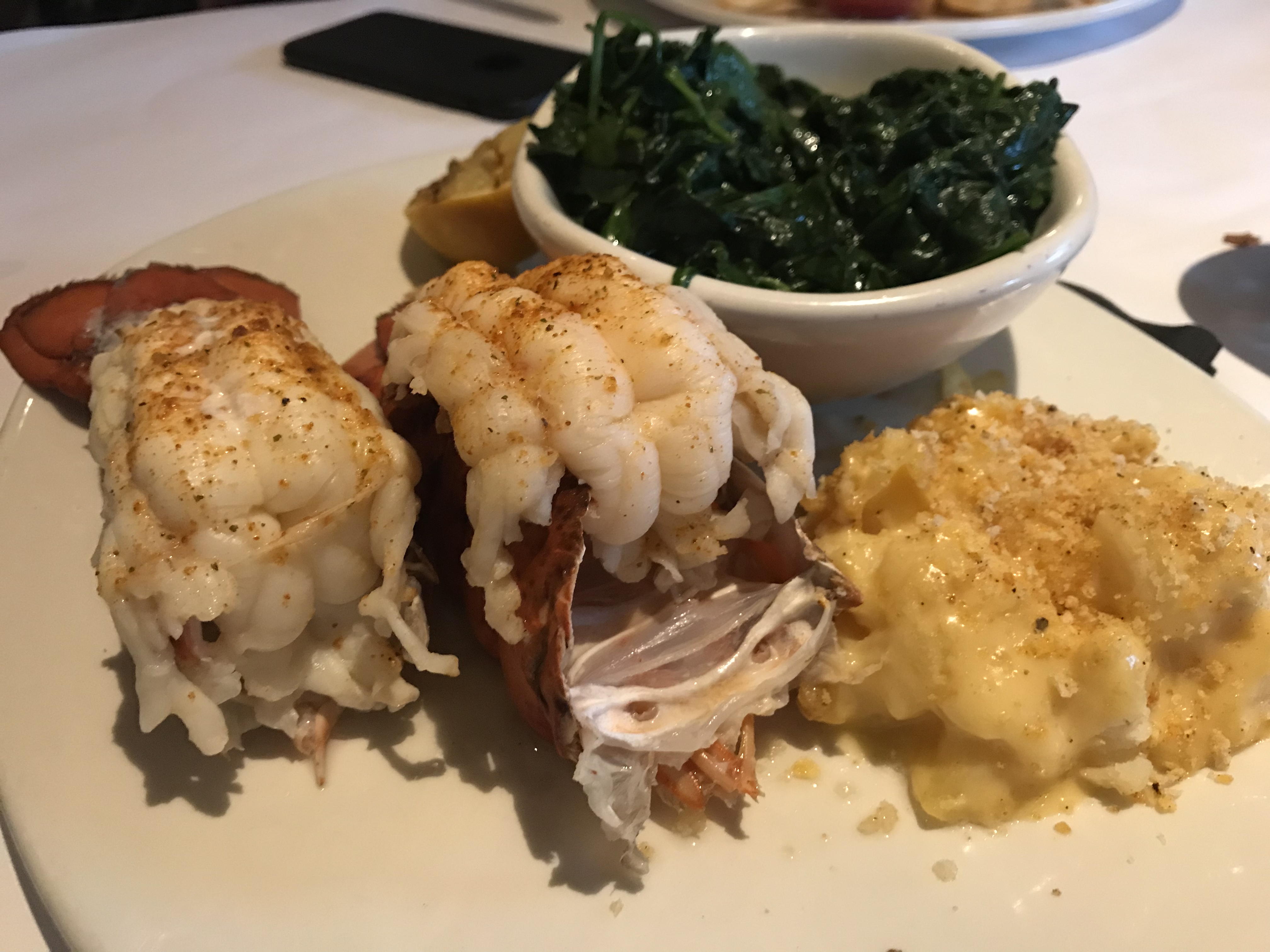 Tea sorted, so back to the apartment where Jane donned her Penguin suit and sat reading on the balcony, whilst I won an unofficial “who can make the biggest noise” competition, by farting louder than the lads setting off Bottle Rockets on the golf course that we overlook. I blame the Bonefish steak.

Tomorrow, the plan is to head west to Busch Gardens where the weather is slightly cooler, but less likely to develop into thunderstorms.

That’s the plan so far anyway!