Skipping the day 13 write up as it was a quiet day and today is the airport day, so a combined (and likely last) Florida 2019 diary entry.

So, Thursday. Day 13. Our last full day of “proper holiday”, given we fly home on Friday afternoon, landing (hopefully) just in time to get home, shower and get to the Etihad to watch City play Spurs for the third time in less than two weeks, this time in the Premier League.

Charlie was adamant that he was going to stay in bed all day, and Jane wasn’t in a rush to do anything much, so we headed to the hotel beach, and sunbathed for a few hours.

Clearwater and the beaches are absolutely stunning if you like sunbathing and sand. I like neither. Ah, well.

Charlie joined us briefly with the lure of a big beach hammock, but he just crawled under his towel for about 20 minutes before deciding the air conditioned, dark hotel room was a better option.

To be honest, after an hour or so of trying to relax, whilst repeatedly applying factor 50, I got too hot and too fidgety, and followed Charlie back to the room. After a shower and freshen-up, I decided to explore the area south of the hotel, so got in the car and set off on my own.

Wow! After the big hotels, the gulf-side of the road became lined with mega-houses. We’d looked into an estate agents (a “Realtor”) window and seen houses like these, selling for between $5 and $16. Million! $16 million! Just wow! I guess one of these is Hulk Hogans. I doubt there’s a better location, though. Their back garden is one of the USAs best beaches, and in the “Sunshine State”. Tough life, I’m sure having to put up with that!

I drove back to the hotel, cleared out all of the accumulated rubbish (all Charlie’s), and took all the unused waterproof coats and other car-stored gear back to the room, so we could start to pack up.

It didn’t take long to pack as we’d not really unpacked since our arrival. Except for Charlie, who had made our room his home, and like his bedroom, his possessions were strewn around the place.

After packing, and another freshen-up (it’s damned hot here), we went back to Cristinos Coal Oven Pizza, the place that we’d been to with the F’s on the first night. Once again, the food was fabulous.

After that we went back to our room, finished the last bits of “prep” for getting away tomorrow and then settled down for the evening.

We ended up watching Discovery HDs “Naked and Afraid”, a series where a male and a female, usually with some survivalist experience, are deposited naked (and I assume afraid) in some form of natural hell, and then meet for the first time.

The aim is for them to overcome the initial embarrassment of having to pretend not look at each other’s genitals, and then survive for 21 days, with only a map, a fire flint, and a cooking pot. They do blur the sensitive parts of the body, so it’s not gratuitous, and so it’s actually quite interesting seeing them work things out.

Lights out after three episodes, and ready for our check-out day.

It’s now that odd phase of the hols when, even though still being on hols, thoughts start to focus on the negatives (the hols are over for another year), when actually, there’s loads to look forward to!

On Saturday, we get to see the fourth member of our family, Toby, whose also been on his holidays at my Mums with his rebel-rousing cousin, Alfie.

I get to watch City try and recover from the midweek disappointment and push on in out attempts to win a “domestic treble”.

I also get to finish brewing my DDH NEIPA, with a three days of dry hopping a few ounces of Citra and Cascade, before sticking it all in the fridge for a couple of days to “cold crash” the suspended particles out, before adding the priming sugar and bottling.

We checked out at around 10am today, and headed back to Orlando, which apart from heavy traffic caused by a car being on fire in the outside lane, was about 2 hours of automated driving, back down the I4, this time eastwards.

We dropped the rental car off with Alamo, unloaded luggage, triple-checked that we were leaving nothing behind and then headed to the terminal.

Bag drop then through security in less than 20 minutes (lessons to be learned here, Manchester!) and headed to Terminal A, towards Gate 83, and a lunch stop at the Bahama Breeze.

There’s a huge weather front passing through today, with storm and even tornado warnings circulating, so delays are highly probable. We are supposed to fly at 5pm local, direct to Manchester. The F’s are scheduled to fly from here to Manchester via a change at New York. 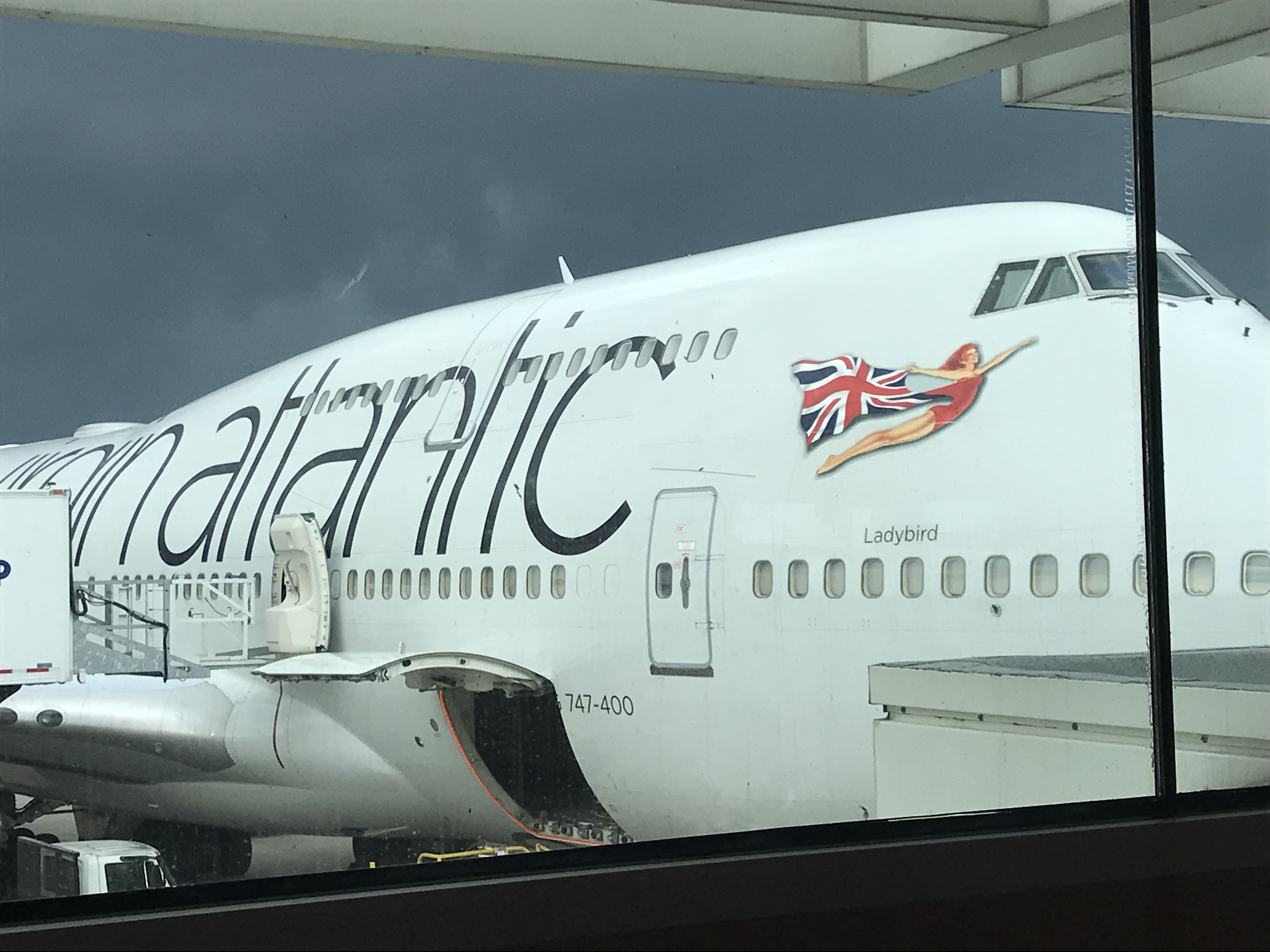 Fingers crossed we all get back when we should!

I’m currently sat at the gate awaiting further news, so will call it a day, and wish you farewell for now.

As I’ve said before, I write these for my own enjoyment, and if anyone else reads them and gets some entertainment then it’s a bonus. As such, I do not offer an “enjoyment warranty”, nor any recompense for time you will never get back!

But if you have, enjoyed them, I’m pleased you did!

Lots of love and best wishes, until the next time,